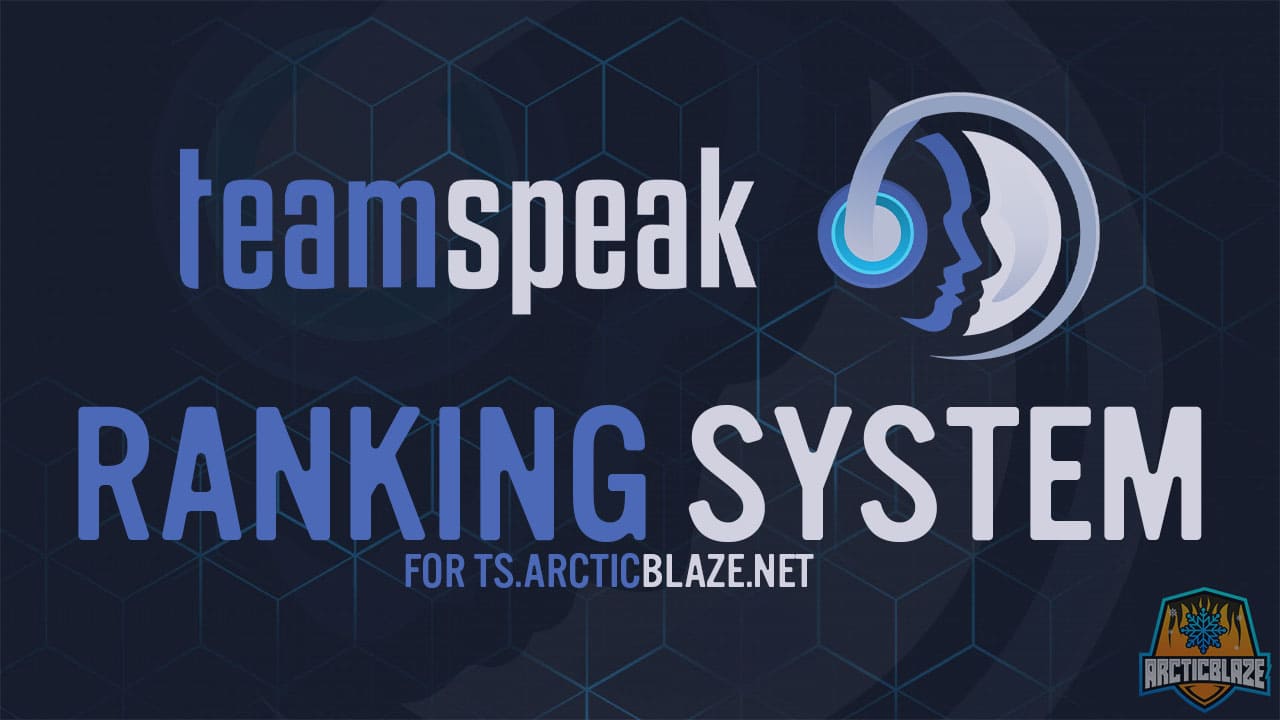 What is the ArcticBlaze ranking system?

Currently the ArcticBlaze Teamspeak has Level 1 – 100. In the future, we may be adding more levels.

Since when does the ArcticBlaze ranking system exist?

Our Ranksystem also has a reward system. However, we made an extra post for this.

It is much more important, however, that you can also see your own statistics and the process you need for the next level. Please make sure that you have to be connected to our Teamspeak in order for this to work.

Another feature of the ranking website is that you can set game groups yourself. They don’t bring you much in themselves. They should only show other people what kind of games you like to play. In addition, the number of game channels changes because more users have the game group.

You can message the Rankbot with !Nextup to get more information about your next level UP.

The time shown here will take you to get the next rank.

The times are already added up.

Active time is when you talk. The next 30 seconds are added to it.