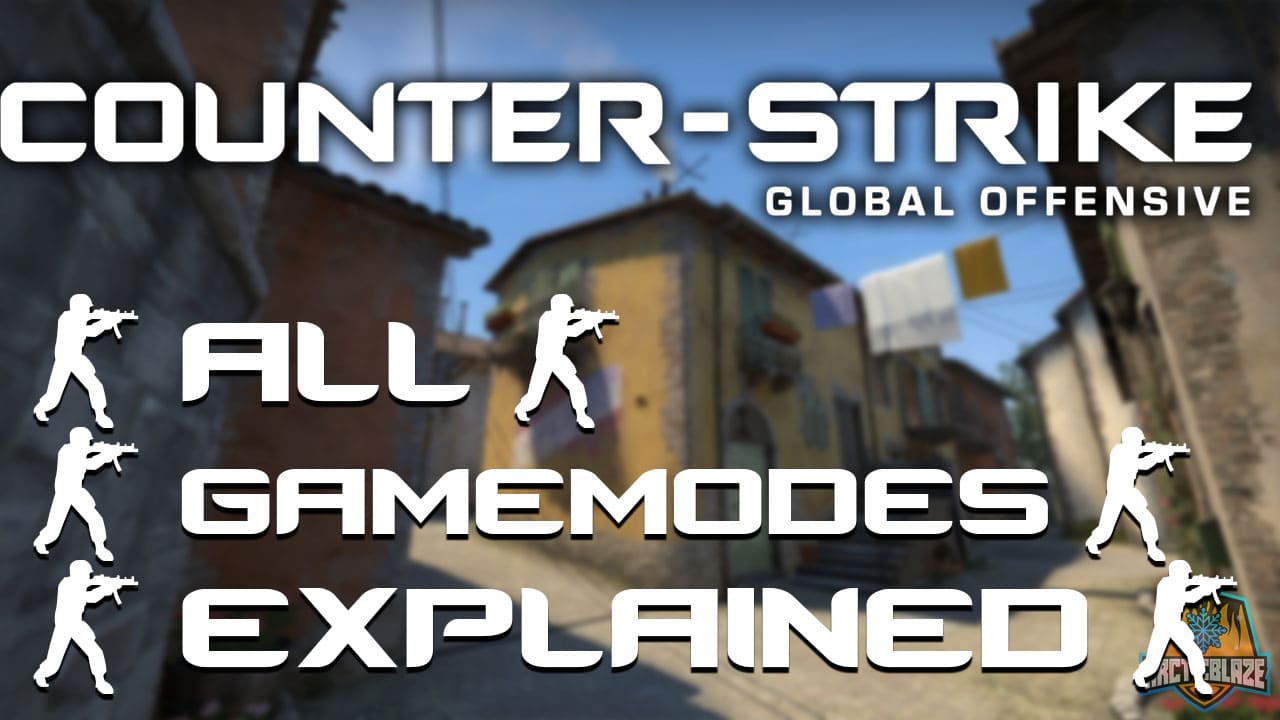 CS:GO is one of the most popular shooters of the world. Many different game modes give the game its variarity. However, what are their characteristics? In this article are all CS:GO gamemodes explained.

Let’s separate these into competition and casual!

“Competitive”, “Wingman” and -the newest of them- “Danger Zone” are the three different competition modes that are available. In addition, these are the modes in which you have team damage and ranks.

The most famous gamemode in CS:GO is “Competitive”. In that mode two teams of 5 players are fighting in 30 rounds against each other. Both teams are portraying the “Terrorist” and the “Antiterrorist” for 15 rounds each. The game ends as soon as one of the teams reaches 16 wins. However, is the counter on 15 to 15, the game ends with a draw.

In “Wingman” two teams with each 2 players fight on smaller maps in fewer rounds for their victory. Furthermore, in 16 rounds the teams compete as the “Terrorist” and the “Antiterrorist” in turns. Therefore, one team needs just 9 rounds to win the game or the game ends with 8 to 8 with a draw.

This new mode is based on the principle of “Battle Royale”. In two-value teams or – if you do not have a partner –  in one-value teams, you are fighting against 18 other players. On the map you can find weapons, munitions, money and other equipment to survive in the area. Furthermore, the last group which survives wins the game.

Shorter and fewer rounds, more options to win and interesting game physics give these modes a certain variety. Additionally, there are no ranks or similar characteristics. Hence, they focus more on the “fun- & lol-factor”.

“Casual” has the most commonalities to “Competitive”, but still shows essential differences. Bigger teams (up to 10 players in each group) and fewer rounds, help you to get known to the maps, as well as weapons. Apart from that, in this mode team damage is off, so it is not possible to hurt or to burn your own teammates down.

In that mode you have 10 minutes time to kill as many people as possible, while you can only hurt the opposing team. Per each kill you can earn up to 20 points. After a while a special weapon appears and a kill with that weapon gives you 5 points more than usually. Another speciality is the “random spawning”. Thus, you can spawn everywhere on the map. Therefore, it is a perfect mode to train your skills.

On new and smaller maps, you mostly have different goals in each mode. Discover the variety of CS:GO and have fun while you try out these gamemodes!

Here everybody competes against each other, since there are no teams and no friends. If you kill someone, you will earn a new weapon. Nevertheless, if you are killed by a knife, you will go one weapon down. Goal is to be the first one, who kills one player with a golden knife.

In “Demolition” you are playing the “Terrorist” or the “Antiterrorist” in 6 player teams again, but this time on smaller maps. To end the round, you have to defeat the opposing team. Nonetheless, there is one difference to the other modes, there is no shop. To earn a new weapon for the next round, you have to kill someone. If you kill more than one player, you will earn a grenade too. During 10 rounds in each faction you can earn 10 different weapons.

Low gravity, higher precision and only scouts. In 5-player teams you can only win the round, if you kill everybody on the opposing team.